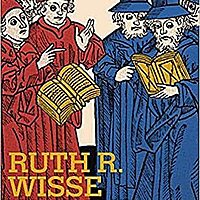 The lecture will be based on her recently published book Jews and Power.

Taking in everything from the Kingdom of David to the Oslo Accords, Ruth Wisse offers a radical new way to think about the Jewish relationship to power. Traditional Jews believed that upholding the covenant with God constituted a treaty with the most powerful force in the universe; this later transformed itself into a belief that, unburdened by a military, Jews could pursue their religious mission on a purely moral plain. Wisse demonstrates how Jewish political weakness both increased Jewish vulnerability to scapegoating and violence, and unwittingly goaded power-seeking nations to cast Jews as perpetual targets.

Ruth R. Wisse is a Martin Peretz Professor Emerita of Yiddish Literature and Professor of Comparative Literature at Harvard University. Born in Czernowitz (now part of Ukraine) and raised in Montreal, she was the first professor to offer courses in Yiddish literature at McGill University, where she helped found the Department of Jewish Studies in the late 1960s. She is the author of numerous books and articles on Jewish literature, culture, history, and politics as well as the Yiddish language.

Free and open to the public.